Eight workers of Darlaghat-based Ambuja Cements Limited were injured in an unlikely mishap, when a cyclone pre-heater developed a snag while clinker production was under way and subsequent opening of the door led to the bursting out of hot liquid, which spilt on the workers and injured them. The spilled liquid temperature was about 500 to 600°C.

In this incident Kuldeep Kumar, Jagdish Kumar, Rakesh Kumar, Sanjay Gupta, Bhagat Ram, JN Yadav and GS Saluja were injured and the condition of Jagdish Kumar is stated to be critical and he is admitted to the ICU of Fortis hospital, Mohali. Jagdish hails from the Darlaghat area.

However what astonished is that Himachal Police learnt the mishap from the Mohali police, which was informed by Fortis Hospital, where the injured were admitted. Police has registered a case of negligence under Sections 336 and 337 of the IPC against the plant management and further investigations are on. 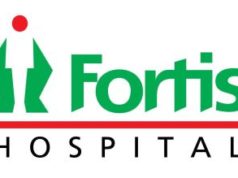 Covid-19 should not be deterrent to opt for IVF treatment : Dr Pooja Mehta