Shiv Sena Himachal unit blamed both major political parties in Himachal Pradesh, Congress and BJP for petronising and promoting corruption in the state. Shiv Sena state spokesperson Brij Lal in a press communiqué alleged that forest department is involved in staggering Rs. 5000-cr of embezzlement of funds and after many complaints, written and oral, State Govt and Forest department have not initiated any inquiry in it. He alleged that in the last four years, forest department has embezzled thousands of crore through Eco Tourism, plantation, Catchment Area Treatment Plans (CAT Plans), Bemloe construction, hydro projects and IFS Technical sanction. Brij Lal alleged that alone in four months of period from December 2011 to March 2012 Forest Department has spent more then 200-cr and in RTI reply, department failed to provide enough proofs and paper about the spending. He said that according to the information provided by the forest department through RTI, Shimla division has spent staggering 5-cr, Chamba division dolled out Rs. 3,93,77,992, Nurpur division gets Rs. 3,86,50,495, Bilaspur gets close to Rs, 5-cr and many more.

Brij Lal claimed that he even complaint to former Chief Secretary Rajwant Sandhu and Harinder Hira in written form about the misappropriation of funds, but they also failed to take action against the corrupt officers. He added that recently on 20th June 2012, he had sent a written complaint to present Chief Secretary S. Roy about the Rs. 200-cr scam and demanded to initiate CBI inquiry against the involved officers and urged him to stop their promotion untill they come out clean from the inquiry. However, on its contrary, forest department promote 48 IFS officers and till now there isn’t any investigation initiated by the department and government. Brij Lal alleged that such outcome revealed that forest officials along with official in forest ministry are involved in it and if it doesn’t stop, it can become vicious in coming time and will also encourage other officers to plunder the wealth, which are basically intended to spend to protect forest. 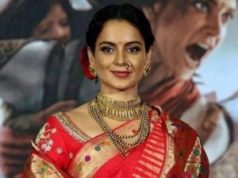 Congress steps up attacks on Anurag, advises to introspect before making allegations

BJP upbeat to win all 15 wards in Palampur MC: Bikram...