A short and crisp video unveiled by President Pranab Mukherjee and Prime Minister Narendra Modi for the launch of the Goods and Services Tax in the majestic Central Hall of Parliament captured the clear objective behind country’s most important tax reform till date. Unlike what economists and other commentators have been telling us as to how the GST would push the country’s Gross Domestic Product and make life easier for the trade and industry, the launch film showed a much broader aspect of the modern taxation that has the country’s people, especially those economically less privileged at its core.

In his inspirational speech at mid-night of June 30, minutes before the roll out, Prime Minister, referred to GST as a life changing instrument for the poor particularly in eastern Uttar Pradesh, other eastern states and the North East. Even as they are blessed with rich natural resources, these states have not been able to fully exploit the same for their development.

On face of it, one might ask, how is GST going to be of great benefits to the poor of the country, or is it that the same old “trickle down “ theory is supposed to play a role , via trade and industry. To an extent, it could be so, but the very character of the GST would ensure in realising what the Prime Minister said before the country’s most distinguished audience. The country’s mature polity and cooperative federalism has finally delivered a system, which is people –centric and not necessarily manufacturer centric.

Unlike the excise or other levies, the GST that subsumes seven Central and eight state taxes, is not source or manufacturer based but a destination or consumer centric. In plain and simple language, the states which have more consumers would stand to gain immensely in terms of tax buoyancy that would then be channelled in the welfare schemes for the people and overall economic development of the states. Surely, states of Uttar Pradesh, Bihar, Odisha, West Bengal and North East, which did not have much of a manufacturing base and were losing on revenue would stand to gain while the developed and manufacturing hubs would be compensated at least for five years of the GST launch. More the consumers, higher is the tax collection in a state; though the consumers need to be economically empowered!

The growth impetus to these states which could not keep pace with the states like Maharashtra, Gujarat, Tamil Nadu or Karnataka in manufacturing, would come from trade which in turn would generate huge resources for ploughing back into development efforts. Such a vibrancy would then lead to interest of investors, both domestic and global, into manufacturing and related service sectors, opening vistas for job creation for millions of people.

“GST is a system that ends the imbalances in the country’s trade. It also boosts the exports of the country. This system not only provides impetus to already developed states but also provides the opportunity to the backward states to develop. Our states are enriched with natural resources – look at Bihar, eastern UP, West Bengal, the north east, Odisha. They are all brimming with natural resources. When they will get a single tax regime I can see clearly that whatever deficiency is there those will be removed and this art of the country will move ahead. All the states of India will get equal opportunity for development”, the PM put the context right.

Besides, the one nation –one- tax from “Ganga Nagar to Itanagar “ in the words of Modi, would surely make life easier for the industry, trade and common person in different ways, encouraging honest way for the economic transactions. This is why, the GST has been dubbed as ‘Good and Simple Tax’ that would bring in a new governance culture.

Both the PM and the President gave full credit to different political parties and governments at the Centre and the states in making the GST a reality. “This is not a Sidhi (realisation) of one government or a party; it is a fruit of common efforts”, the Prime Minister said. The President, who had himself played a pivotal role in the progressive journey of the GST as Finance Minister in the previous government, had some apt words:

“The new era in taxation…. is the result of a broad consensus arrived at between the Centre and States. This consensus took not only time but also effort to build. The effort came from persons across the political spectrum who set aside narrow partisan considerations and put the nation’s interests first. It is a tribute to the maturity and wisdom of India’s democracy”.

One of the principal advantages of the new tax regime would be doing away with the cascading effect resulting from ‘tax on tax’. Through a robust IT infrastructure, the system of input credit ensures that it gets passed and adjusted against the tax liabilities. This would only help the consumers. “The prices of goods and services will come down. In the earlier system, the credit for excise duty, service tax, VAT and other indirect taxes did not get passed to the last vendor. But, in the GST, such credit goes to the supplier at the last stage of the value chain which then gets transferred to the consumers,” said noted tax expert Brij Bhushan.

Finance Minister Arun Jaitley too has been impressing upon the industry to pass on any gains which accrue following the GST roll out. He hoped that the government may not have to use the powers vested in it through the Anti-Profiteering Authority to ensure that the benefits get passed on to the common citizens.

While even the President Mukherjee said that there could be disruptions in the initial stage, such a thing would be constructive disruption. Once we are through the teething troubles and initial period of adjustment, GST would prove to be a people-centric, capable of transforming lives.

*Feature is written by Prakash Chawla a senior journalist and commentator, and first published on PIB. 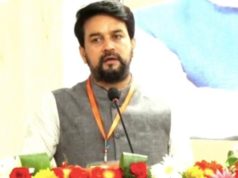