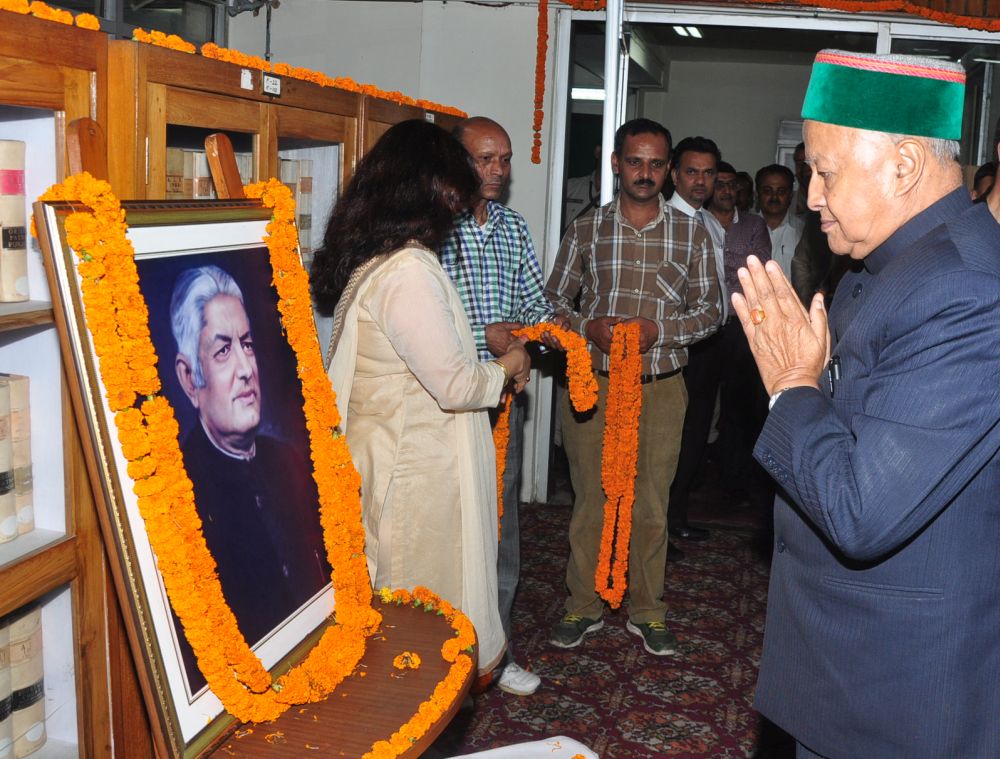 The Chief Minister Virbhadra Singh said Dr. Parmar was a great visionary leader who led the State through all odds with a dream to emerge it as a model State of the country. He always thought for the overall development of State and upliftment of the poor, farmers and horticulturists and common man was on his priority agenda.

He said that Himachal Pradesh would ever remain indebted to him for generations to come since it was under his leadership that the State got a separate identity amongst hill States.

Virbhadra Singh said Dr. Parmar pleaded for the merger of those hilly areas of Punjab with Himachal Pradesh which had similar culture and life style. He also gave boost for three fold farming as a result of which State’s agrarian economy, particularly horticulture sector made rapid strides. He said that real tributes to Dr. Parmar would be to realise the dream of prosperity, education and progressive Himachal Pradesh and follow the path shown by him.

He said that Dr. Parmar was a multi-faceted personality who had left indelible mark in the hearts of the people of the State of his being straight forward and champion for the cause of the common man. It was due to his tireless efforts that Himachal Pradesh became 18th State of the country and since then it had fast progressed ahead on the path of development and prosperity.

The Chief Minister said the State had today emerged role model and steadily forging ahead on the path of progress and prosperity adding that every section of the society especially poor had benefitted from the policies and programmes being implemented with special emphasis laid on welfare of the common man.

Speaking on the occasion Speaker, H.P. Vidhan Sabha BBL Butail remembered the contribution of Dr. Parmar in the formation and development of Himachal Pradesh. Keeping in view the topographical conditions of the State, Dr. Parmar laid special emphasis on construction of roads, power generation and giving boost to horticulture and agriculture sectors to ensure overall development of the State and upliftment of poor and weaker sections of the society.

Butail said Dr. Parmar was a simple man who had thorough knowledge of the culture, customs and socio-economic conditions of the State and it was under his able leadership that Himachal Pradesh attained statehood in a peaceful manner.