Anurag Thakur, in his press statement, said that the Congress isn’t concerned about inflation, but about not getting the leader of opposition post in the Lok Sabha. He said if the Congress party would have been serious about containing inflation it would have taken serious steps to contain inflation in its 10 years of governance.

Thakur accused the Congress party led previous government for inflation and thus electorates thrown Congress from Lok Sabha so badly that it’s not even eligible for Leader of Opposition post.

Anurag Thakur said that in last 10 years finance ministers kept on changing and fiscal deficit kept on rising. This has led to a situation where government coffers are completely empty.

Anurag Thakur also dismissed the allegation by the Congress party where the party said that BJP government hasn’t taken any steps to contain price rise. He listed the steps taken by the government saying minimum export price (MEP) for onions was hiked to $ 300 per ton and then from July 2 to $ 500 per ton. Similarly MEP for potatoes was raised to $ 450 per ton. Import duty on onions and potatoes was abolished and future trading of rice and pulses was suspended.

Anurag Thakur also said that 5 lakh tons of rice has been released in the open market by the government. State government has also been instructed to take essential commodities out of the APMC act so that farmers can sell the produce wherever they want also they have been instructed to take strict action against hoarders and black marketers so that hoarding of essential commodities is avoided.

Anurag Thakur said that all the steps have been taken well within the time and not like the UPA government which used to wake up after the situation went out of control. He gave example of 2009 when there was the scarcity of sugar in the country that time on Kandla port one ship was exporting sugar at Rs 12.5/kg while the other ship was bringing in imported sugar at Rs 35/kg. 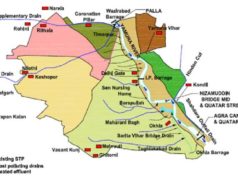