As per the reports, five to six houses were gutted in Nichar, in district Kinnaur. No report of loss of life has been reported so far.

Chief Minister Virbhadra Singh has conveyed his grief over the incident and had directed the Deputy Commissioner Kinnaur to supervise the relief and rescue operations. He assured to rehabilitate victims. 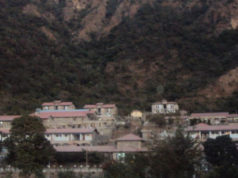 Consumers to get free ration under NFSA from January