Drive against encroachments on forest land launched on the direction of the state high court has put five former legislators into the dock. These all former MLA are accused to build houses on the land allotted by the state for the Himachal Pradesh Legislator’s Housing Society, Hiranagar. All five legislators Kashmir Singh (Bilaspur), Milkhi Ram Goma (Kangra) and Natha Singh (Mandi district) and two deceased – Hira Singh Pal and Dharam Pal from Solan were associated with congress party.

The FIRs have been registered on the basis of a report of the Forest Department that they had encroached on a forest land in Hiranagar during the construction of houses. However, PPCC chief Kaul Singh accuses state government for vicious campaign against the opposition party and alleges it political conspiracy. 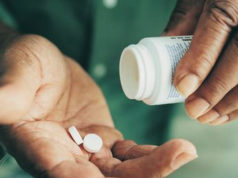