His versatile performance on the instrument ‘Mohan Veena’ assimilated of Sitar, Sarod and Veena mesmerized audiences.

Pandit Vishwamohan Bhatt started the performance with ‘Vishwa Ranjani Raga’ and played many other ragas which captivated the audience.

Noted Film Director Ramesh Sippy and his wife Kiran Sippy were the Chief Guests on the occasion. Ramesh Sippy and his wife Sippy honoured the artists with traditional Himachali shawl and cap. 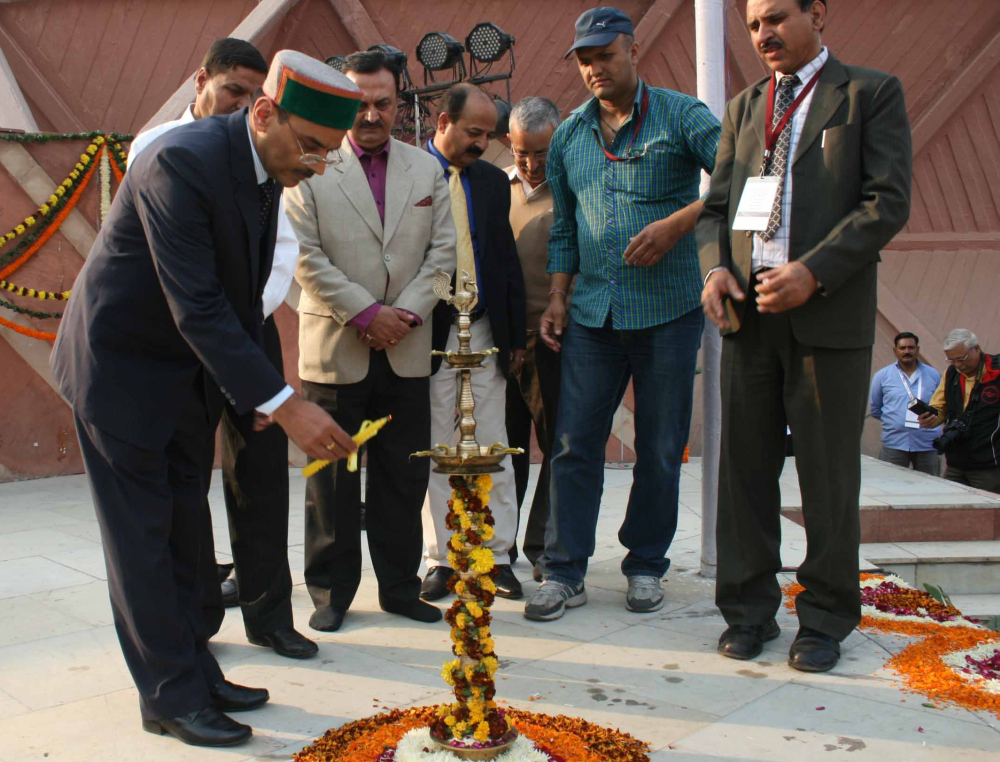 Mythological Ballet Festival at Shimla from 23rd May