The Himachal Pradesh Government today requested the Union Civil Aviation Ministry to ensure reliable and affordable air connectivity to the State. In a meeting with Union Civil Aviation Ministers conference at New Delhi, Industries and Information & Public Relations Minister, Mukesh Agnihotri raised the issue and apprised Union Minister that at present there were no regular and reliable flights at all the three major airports of the State.

Himachal Minister informed that flights at Shimla airport had been suspended due to erosion in the air strip while flights at Bhunter and Kangra airports were not operating due to various other reasons. He requested the Civil Aviation Ministry to take effective steps to restore the air services in all the Airports in the State immediately. He said that VAT on air fuel had been reduced from 5% to only 1% from 1st April 2013 to provide cheap fuel to aircraft flying in the State. He told that Shimla, Kullu and Kangra towns had been identified as places of major importance for encouraging tourists and citizens of the State. He requested the Union Ministry to subsidize the Heli-Taxi flights in the State on the pattern of North Eastern States to provide connectivity on loss making routes and told that “Seat Underwriting” on flights by the State Government to incentives private run airlines was not possible due to financial constraints of the State Government.

Industries Minister said that at present there were 63 operational helipads at various places in the State and added that the State Government had identified new locations for constructions of helipads in the State.

He requested the Civil Aviation Ministry to include Himachal Pradesh in the development of 50 new low cost airports and 20 new bigger airports in the country so as to strengthen the air services in the State, as we have inadequate Railway connectivity in the State. 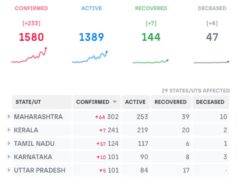