The Election Commission has sought deployment of the investigation machinery of the Income-Tax department for checking movement of illegal funds during the forthcoming Assembly elections in Himachal Pradesh.

The Central Board of Direct Taxes (CBDT), which was written to by the Commission, has asked its probe directorates based in Chandigarh to deploy senior officials and staff as ‘expenditure observers’ for assembly poll.

The I-T has also alerted its Air Intelligence Units (AIUs) to keep a check and intercept huge cash movement from airports.

Representatives of all recognised parties of these states will also meet Chief Election Commissioner V S Sampath and senior EC authorities on Wednesday in order to discuss various issues related to funding during the polls.

The EC has also directed the elite Financial Intelligence Unit (FIU), functioning under the Finance Ministry, to sift through their records for any suspect instance of information about the assets and liabilities of candidates participating in the polls or suspicious transactions in banking channels. 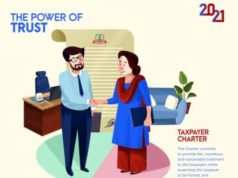