Six persons were killed when the ill fated car rolled down a 200-m-deep gorge near Ojjha Nullah near Andheri village on the Sangrah-Haripur road. Those killed were brothers Jaagar Singh and Deep Ram, their mother Naumi Devi, Bindi Devi, Santosh and panchayat inspector Gian Chand from Kangra. ASP Sanjeev Lakhanpal said Gian Chand succumbed to his injuries at the CHC, Sangrah, while Santosh died at a Nahan hospital. The other four died on the spot. 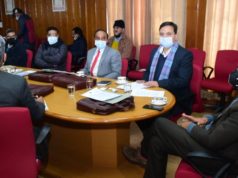