In the 81st Meeting of the Board of Directors of the Corporation Chief Minister announces that state Government will equip educational institutions with Broad Band facilities with the technical expertise of HP State Electronics Corporation. He said that with a view to keep pace with the technological advancements in the information technology sector the young citizens would be trained in the discipline. He said that additionally rural areas would also be brought under the fold. He said that the Corporation would be providing laptops to the students and faculty members of degree and professional colleges at very competitive rates. He said that as per the survey conducted demand for broadband connectivity had been registered in 2800 gram panchayats for implementation of online PRIA (Panchayati Raj Institutions Accounting Software.

Chief Minister said that computerization of results and other related activities of the newly established HP Technical University was in the pipeline while the Corporation would also be taking up job of modern record rooms for the Land Records. He underlined the need for diversification of commercial activities of the Corporation which could earn it more profits besides enhancing the turnover. He congratulated the Corporation for earning record profit of 10 lakh during preceding year 2010-11 and determining profit of Rs. 34 lakh for the current financial year. He underlined the need for incorporation of maximum services to the people under the IT sector so that optimum use of the technology was ensured. 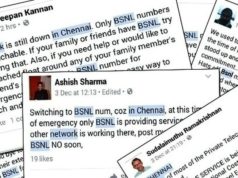 Amid lockdown universities of Himachal excel with online classes, 90% course...