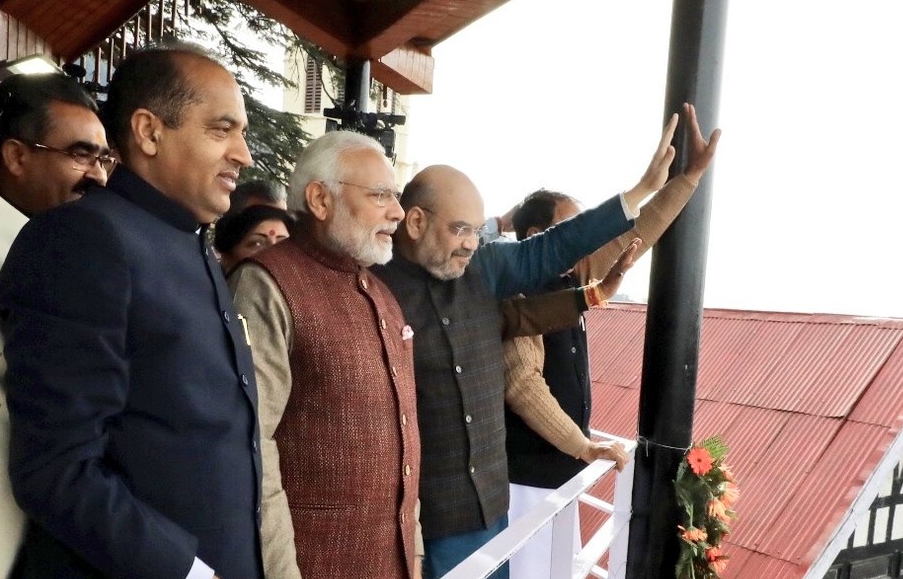 The 52-year-old five-times Member of Legislature from Seraj constituency, Jairam Thakur, today swore in as the 13th Chief Minister of Himachal Pradesh. The oath ceremony that was organized on the Shimla Ridge Maidan witnessed the presence of Bhartiya Janata Party’s big guns including the Prime Minister Narendra Modi and party-supremo Amit Shah. Other than that, UP Chief Minister, Adityanath Yogi, Rajnath, veteran leader L.K. Advani, Nitin Gadkari, Manohar Lal Khattar, Devendra Fadanvis and Sarbanand Sonowal also attended the ceremony.
The suspense over the new members of the cabinet also ended as 12 ministers were also administered the oath to the office. The ratio of first time faces in the cabinet increased as senior leaders like Rajiv Bindal and Narendra Bragta could not qualify Jairam’s list.

The oath was administered by the Himachal Pradesh’s Government, Acharya Devvrat.

Congratulations to Jairam Thakur and all those who took oath today. I am confident this team will work tirelessly and serve the people of Himachal Pradesh with exceptional diligence,

The grand ceremony was held under tight security arrangements and witnessed the presence of thousands of BJP supporters.

In Shimla, relished coffee at the Indian Coffee House and reminisced old days. The coffee tastes as good as it did two decades ago, when I would frequent Himachal for party work. pic.twitter.com/XOYzlpLc43

PM Modi later halted in front of the Indian Coffee House and enjoyed a cup of coffee to revive old memories associated with the place.

It was the first time in the history of the Himachal that a PM attended the swearing-in ceremony of a Chief Minister. 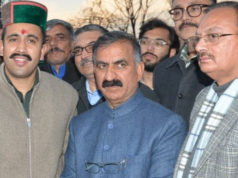