The Election Commission of India (ECI) has decided to hold the bye-election for Sujanpur Assembly Constituency simultaneously with the General Election to Lok Sabha in Himachal Pradesh on 7th May 2014.

Chief Electoral Officer Narinder Chauhan said that notification in this regard would be issued on 12 April, 2014 and the last date for filing nominations would be 19 April. The scrutiny of nominations would be held on 21 April and the last date for withdrawal of candidature is 23 April, 2014. He said that the Counting would be held on 16 May, 2014 and the election process shall be completed by 28 May, 2014. He said that the polling would take place on 7th May, 2014 between 7.00 am to 6.00 pm.

The Sujanpur Assembly Constituency was fallen vacant due to the resignation of independent MLA, Rajinder Rana. Rana is contesting Parliamentary election on Congress ticket.

Earlier BJP has demanded to hold election for Sujanpur Assembly election simultaneously with the General Election to Lok Sabha and had written to Election Commission. 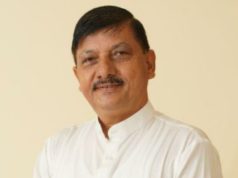